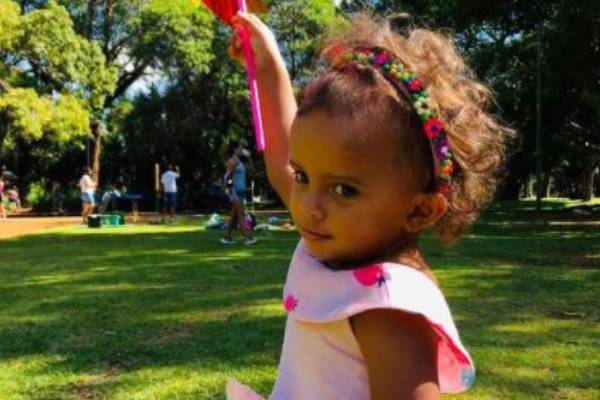 Bob Marley is a renowned name in the music industry. Considered the pioneer of reggae, he is one of those names in musical history that can never be forgotten. Furthermore, he was a father of 11 kids including, Rohan Marley, whom he shared with his partner, Janet Hunt.

Rohan did not follow in his dad’s footsteps and instead became an entrepreneur and also played football. He is a doting father of eight kids whom he welcomed with different baby mamas. While all of his kids have all grown up and are doing great in their field of profession, his youngest one is just three years old as of 2021.

In this article, let’s find out more about Rohan Marley’s daughter and how she is growing up.

Was Born Five Months After Her Parents’ Wedding

As stated above, the legendary reggae artist Bob Marley’s son, Rohan Marley. has eight kids with three different partners. Among them, Maria Fialho Marley is the youngest one, whom he welcomed with his second wife, Barbara Fialho.

Maria Fialho Marley’s father met her mother in 2015 and started dating shortly after. After dating for four years, the duo got married on March 23, 2019. The love birds exchanged vows in an intimate ceremony organized in Barbara’s hometown of Montes Claros, Brazil. The families and close friends of the bride and groom attended the ceremony.

And five months after their wedding, on August 1, 2019, Rohan Marley’s daughter, Maria Cedella Marley, was born. Barbara shared the news of the arrival of the baby via Instagram.

Rohan and Barbara are raising Maria with immense love and care.

Her Dad Is Fond Of Her

As mentioned earlier, Maria is Rohan Marley’s youngest child, whom he welcomed with Barbara Fialho. As the youngest one in the Marley family, she is undoubtedly pampered a lot by her parents and elder siblings, and cousins.

Moreover, Maria’s dad is very fond of her. He does not refrain from sharing adorable videos with his little one on Instagram. He teaches her several things and captures videos of her learning that. Furthermore, she often travels to several places with her mother.

In addition, going through Barbara’s Instagram, it seems like Maria stays mostly with her mom in Brazil, as her mom is based there. Rohan Marley’s daughter, Maria, also seems to be really close with him, and she loves spending time with her parents.

While Maria Fialho Marley is the only child of Barbara Fialho, she is the youngest among Rohan’s eight children. Maria’s dad had already welcomed seven kids with his previous partners. Geraldine Khawly is the first wife of Maria’s dad. With Geraldine, Rohan has two kids, Eden Marley and Nicolas Rohan Marley, also known as Nico Marley.

Even though Maria is growing up in Brazil, when she is visiting her family, she must be pampered by her half-siblings.

Moreover, it is too soon to know what profession Rohan’s baby girl will pursue in her career. Nevertheless, we hope Rohan Marley’s daughter Maria Fialho Marley has a bright future ahead.

The name Maria has a Latin origin, and it means Of The Sea Or Bitter. Similarly, her middle name Cedella has a Jamaican origin, which means She Is A Beautiful Princess.