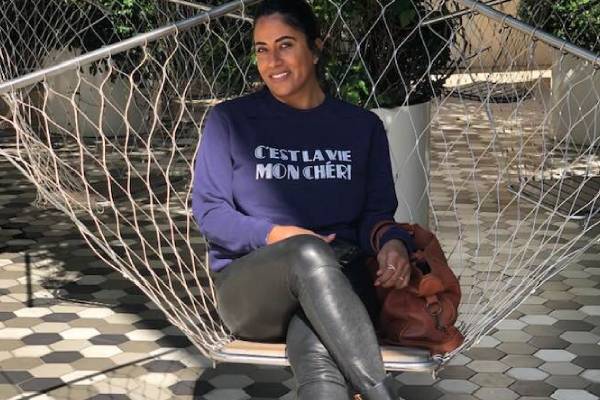 Rohan Marley, also known as Rohan Anthony Marley, is an entrepreneur and former football player from Jamaica. He also came into the limelight as the son of legendary reggae artist Bob Marley and his wife, Janet Hunt. Talking about Marley’s personal life, he has been married twice in his life and is the father of eight kids whom he welcomed with his three baby mamas.

Rohan Marley’s kids have all grown except his youngest, who was born in 2019. He also dated a famous rapper Lauryn Hill with whom he welcomed five kids. But what about his first wife? Fans are curious to learn about what she does now. Thus, in this article, let’s know in detail about Rohan Marley’s ex-wife and her whereabouts.

Before dating the famous musician Lauryn Hill, Rohan Marley was married to Geraldine Khawly. The lovebirds met while they were students at Miami’s Palmetto High. They began dating shortly after, and while Rohan was a sophomore at the University of Miami, the duo decided to take their relationship to the next level.

And as a result, Rohan and his then-girlfriend, Geraldine, exchanged vows on March 18, 1993. Their close friends and families must have attended their beautiful wedding ceremony and reception. Then, the duo decided to grow their family and welcomed two kids, a son and a daughter.

Rohan Marley’s Ex-wife Is A Mother Of Three Children

As mentioned earlier, Rohan and Geraldine welcomed two kids together. Their firstborn is Eden Marley, whom they welcomed in January 1994, a year after their marriage. Similarly, Rohan Marley’s ex-wife, Geraldine, gave birth to their second child, Nico Marley, also known as Nicolas Rohan Marley, on January 5, 1995.

Geraldine’s kids with Rohan have already grown up. Her daughter Eden is a law school graduate and is the founder of a non-profit organization, The Garden Of Eden Foundation. Similarly, Geraldine’s son, Nico is a former American football linebacker.

Furthermore, Geraldine also has a son, Stephan Lobey, with her current husband. While she has not revealed the year she gave birth to him, his half-siblings wish him a Happy Birthday in August.

Furthermore, Geraldine’s youngest son seems to be interested in Motocross and Supercross racing. Rohan’s former wife, Geraldine, must be proud of her kids’ achievements.

As stated above, Geraldine and Rohan met at high school and tied the knot on March 18, 1993. However, the duo’s marriage could not last long, and they got divorced. The couple got divorced in 1996 but kept it private for several years. Because they did not reveal anything about their divorce, people had assumed that he got into a relationship with Lauryn even though he had not officially separated from his first wife.

After facing criticisms regarding his love life, in 2011, Rohan produced a Haitian divorce decree and revealed that he had already divorced his former wife in 1996. And even before the proof of their separation was shown to the public, Geraldine and Rohan had moved on with their respective lives.

Rohan Marley’s ex-wife, Geraldine, got married to Jean Pierre-Paul. According to Jean’s Facebook description, he had tied the knot in 2005.

However, as per one of Jean’s posts, he got married on October 8, 2016. Pierre-Paul has presented such contrasting details about his marriage. So, many are confused about which of the above-mentioned dates is the exact one Jean and Geraldine got married on.

Despite such discrepancy about their marriage date, the duo’s life as a married pair seems to be going strong, and they are living a great life with their kids, Stephan.

Similarly, Geraldine Khawly’s ex-husband also got into a relationship with Lauryn Hill, and they welcomed five kids, Zion David Marley, Selah Louise Marley, Joshua Omaru Marley, John Nesta Marley, and Sarah Marley. Furthermore, after his relationship with Lauryn ended, he got married for the second time to Barbara Fialho, with whom he has a daughter, Maria Fialho Marley.

Geraldine and Rohan are seen together in their kids’ important moments. Therefore, they must have maintained a good relationship even after the divorce. Furthermore, their kids also share a close bond with their half-siblings.

Her Husband Is An Owner Of Investment Group

According to the Facebook description of Geraldine Khawly’s husband, Jean Pierre-Paul, he is the owner at Premier Realty and Investment Group and Rush Lending Inc. Furthermore, he also described himself as self-employed.

However, Geraldine herself has not revealed if the claims of these sites are true. Nevertheless, if the reports are true, then Khawly must be earning significantly from her profession and enjoying her life comfortably.

So, let’s hope to learn more about Rohan Marley’s former spouse in the coming days.