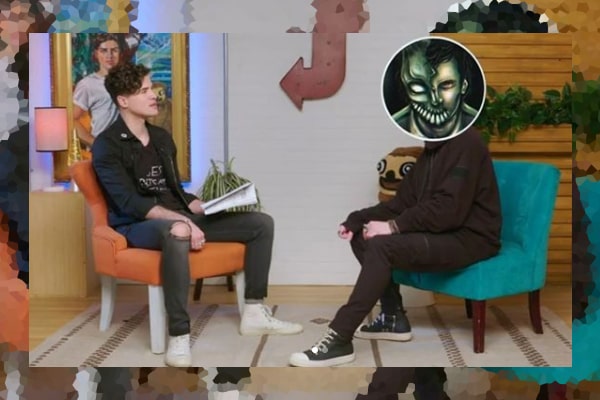 The internet is one of the most influential platforms to share one’s talent, stories, or opinions. Among the millions who have utilized the space is the popular internet personality, Corpse Husband. The anonymous YouTuber is faceless but is known for his intense voice.

Moreover, Corpse Husband started his YouTube career in 2015 by narrating Horror stories on his channel and continued it until 2020. He started his musical career a year later and has amassed many fans and followers. Thus, Corpse Husband’s net worth must have proliferated massively with the years-long hard work and dedication.

Here, let’s scrutinize Corpse Husband’s wealth and his other sources of income, including YouTube, merch, and musical career.

Also Read: Look Into The Love Life Of The YouTuber Couple Rachel and Jun

Corpse Husband Net Worth And Career

The anonymous YouTuber, Corpse Husband, has been sporadically active in the last five years. However, his fans have stayed loyal throughout the months-long hiatus. He succeeded in luring millions of fans to his channel by reading out scary stories with his deep voice.

Furthermore, Corpse Husband has earned impressive wealth from his social media career, and his mysterious persona is beloved by his fans. Likewise, Corpse’s YouTube engagement has doubled this year, thanks to his streams of the video game ‘Among Us.’

Apart from YouTube, Corpse also launched his musical career but is reluctant to reveal his identity anytime soon. Thus, the elusive persona has helped Corpse Husband’s wealth double throughout the years.

Aforementioned, Corpse Husband’s net worth has doubled these past years, thanks to his overwhelmingly massive YouTube family.

Having started his YouTube career in 2015, Corpse Husband has accumulated 7.27 million subscribers within five years and has uploaded a hundred plus videos.

According to Social Blade, Corpse Husband’s predicted earnings from YouTube are $25.7K – $410.4K per year and $2.1K – $34.2K per month. Likewise, his channel’s engagement is beyond explanation, and the total views in his channel has already crossed 200M.

Thus, Corpse’s wealth as a deep-voiced anonymous YouTuber is incredibly massive. Besides earnings from his main channel, Corpse also has an enormous cash-flow from his music channel, CORPSE.

According to Social Blade, CORPSE has 2.19 million subscribers and has estimated yearly earnings of $133.8K – $2.1M. Interestingly, he’s uploaded only half a dozen videos whose views topped over 100 million views.

Thus, Corpse Husband’s primary source of earning is YouTube. Moreover, it is also aided by merch and brand endorsements.

Unfortunately, Corpse’s site received massive traffic, and thus, his fans were already tweeting about the restock. Therefore, it is purely evident that his ginormous merchant sale aids Corpse Husband’s net worth.

Some of the Corpse merch are listed below with their respective prices.

Likewise, the anonymous YouTuber has a spectacular following of 3.3 million on Instagram. However, Corpse is not seen making any sponsorship posts. His Instagram has only seven posts; the last post dates back to October 25, 2020.

As previously mentioned, besides having a spectacular YouTube career, Corpse Husband launched his musical career in 2016. He was featured on the single ‘Grim Grinning Ghost‘ by the Living Tombstone & Crusher P.

Likewise, Corpse also released his debut single, Miss You, followed by White Tee. Both his singles reached 31 and 32 on the Rock/Alt chart, respectively.

Corpse further released the single E-Girls Are Ruining My Life featuring Savage Ga$p in September 2020. In October, he also released another single, Agoraphobic, which climbed at number 21 on the Billboard chart four months later.

Moreover, Corpse also collaborated with Machine Gun Kelly, which is set to release in 2021. Thus, the cash flow from his musical career must be massive.

Thus, Corpse Husband’s net worth is massive and doubling each minute. Unfortunately, he prefers to keep his identity and whereabouts confidential. Therefore, we do not know if he owns any luxury cars or a villa.

But the 23-year-old anonymous YouTuber, Corpse Husband’s life must be luxurious given the lucrative amount of money he earns. With optimism to get a face reveal in the future, let’s hope his fortune keeps rising.