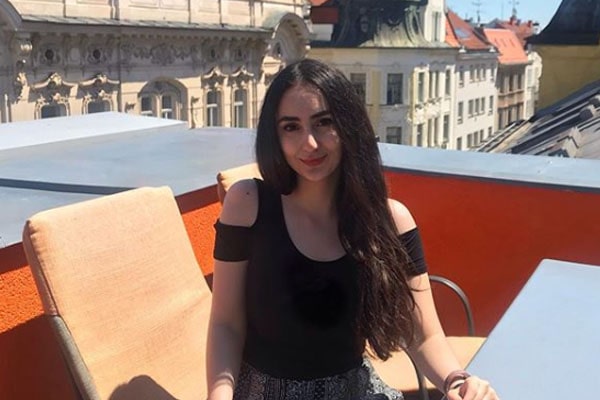 The famous YouTuber Rey Rahimi under the moniker 'hot tea' which spills the tea about the drama inside YouTube community. Image Source: Rey Rahimi's Instagram.

The Beauty YouTube regulars must know all the drama surrounding it. From the tea between James Charles and Tati Westbrook over hair vitamins to the coming out of Nikkie Tutorials as a transgender person, the beauty community is full of tea to be spilled. Well, a YouTube channel with perfect username, i.e., ‘hot tea,’ is out there to provide the information about it. And the beautiful girl behind it is Rey Rahimi. With over 69.3K subscribers since joining on March 25, 2018, the channel is only growing more and more.

So, here are the things you shouldn’t miss about Rey Rahimi, the pretty girl behind YouTube Channel ‘hot tea’.

We all know how much of a big fan Rey is of Trisha Paytas. She has made numerous videos on Trisha to date. Rey says she shares some whats of love & hate relationship with Trisha. With that said, Rey uploaded a video on December 16, 2019, where she talked about all the available membership of Trisha on Patreon. The one she found the most intriguing was the $500 shout out on Trisha’s Instagram, so she bought it. However, Rey never got her shout out from Trisha, in fact, she even didn’t receive a follow back message from Trisha. One thing she ended up getting after making a video about that topic was a copyright strike. Not one but three of them.

According to YouTube, if a channel has more than three copyright strike then they are forced to delete that specific channel. So, Rey was in a big mess, first of all, she didn’t get her shout out, and second, she never got a refund and the most absurd thing was she was about to lose her channel. However, nothing went that bad as she had expected, many popular drama channels came to her rescue and Trisha’s sister refunded $501. In the end, she wrote a letter to Trisha requesting her to remove the copyright strike from her video and Trisha did just that.

Apart from that, Hot Tea still has two copyright strikes from Trisha but Rey says that’s ok. Until she has her channel back she is pretty much fine with that. With all the drama Rey Rahimi was the one who came out as a conqueror as she gained 10K subscribers while Trisha had nothing but bad rumors spreading across the internet.

We hope to see more of her amazing edits and information tackling skills on the second channel. Rey’s second channel has about 10.9K subscribers as of now and increasing daily and has acquired 45,271+ views on eight available videos.

The beautiful Rey has a well proportionate face with gorgeous eyes as a focal point. Well, her Iranian genes played a significant role in it. She has posted a few of her family member’s pictures, her father and her sibling, and a sister named Hanieh Rahimi.

The gorgeous Iranian beauty surely has made a great impact on the YouTube scenario as of now. She also seems to be proud of her roots despite living in America and studying in Canada currently.

Despite having online tea struggles and posting about dramas, Rey doesn’t seem to have any tea in her private life. Rey Rahimi has a lovely friend circle with whom she is very close. She seems to do all the fun stuff with her friends and has an extraordinary bond with them.

Rey has a great time with her friends and travels a lot with them as well. Whether it be partying together or going out in nature i.e., hiking, etc., The lovely YouTuber seems to enjoy all of it with her friend’s company.

Apart from her social life, not much is known about her love life. Rey Rahimi’s boyfriend remains a mystery. Is she good at hiding? or she actually doesn’t have one, only she knows. So,  until the YouTuber reveals the one true love of her life, it will stay that way. We hope Rey keeps on uploading videos and fulfill our daily dose of entertainment.