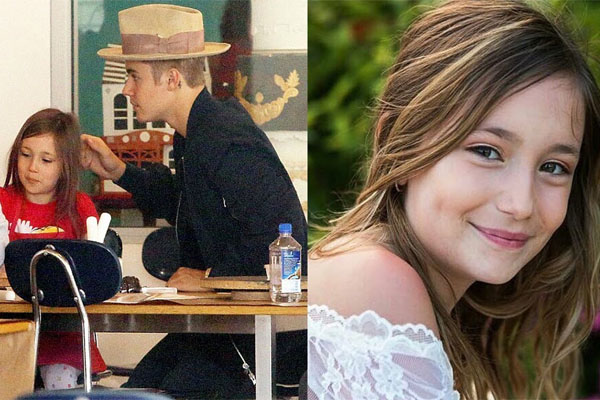 Most of the people recognize Jazymn Bieber as Justin Bieber’s sister. She is Jeremy Bieber’s daughter with his baby mama, Erin Wagner. Jazmyn Bieber was born on May 30, 2008. She has a brother named Jaxon Bieber. Justin Bieber is her half-brother in relation. Likewise, she has a step-sister, Allie Bieber, and a half-sister, Bay Bieber.

Gorgeous Jazmyn Bieber is very much connected with all of her siblings and family. Allie Bieber is more like her own sister even if they are step-sisters. She and Allie share the immense sister love which others rarely do as in step-relation. Also, Justin Bieber loves Jazmyn as his own sister which is the precise example of sibling-love. Justin is in a marital relationship with Hailey Baldwin.

Jazmyn’s dad, Jeremy Bieber is a YouTuber as well as film-producer and he got married to his wife Chelsey Bieber in 2018. On the other hand, her mom, Erin Wagner is also in a relationship which she does not want to reveal.

Jazmyn Bieber has a massive fan following on Instagram that others cannot even get it in dreams. As of April 2019, she has 1.5 million fans who like to get updated. She is consistent at posting photos. The beautiful Jazmyn tries to update her all day activities to everyone through Instagram.

Justin Bieber’s sister, Jazmyn is extremely entertaining and terrific because she likes to dance, explore interesting places and is very athletic. To have such huge fans is a milestone that she has achieved at such an early age. Maybe she has a million followers as she is the sister of Justin Bieber who is one of the talented singers. Or did she earn that many followers on her own? That’s a question mark to think of.

YouTube is a great platform for most of the people where they can show their talent to the world. Jazmyn Bieber also has a YouTube channel with her own name. Along with having a great number of followers on Instagram, she has 213k subscribers on her YouTube channel as well.

She posted her last video two years ago which probably means that Jazmyn is not using at present. Jazmyn Bieber has posted four videos in total. She has collaborated with her step-sister or we can say her best buddy, Allie Bieber in two videos. Nevertheless, she has gone to become a famous kid.

The word Jazmyn is derived from the Persian yasamin(jasmine) which is a tropical plant with fragrant flowers and colors.