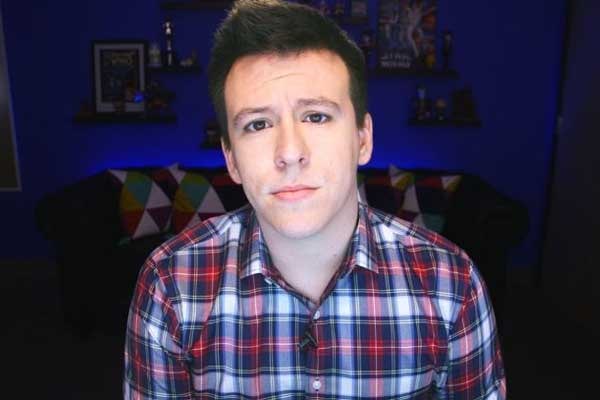 Born on December 1, 1985, Philip DeFranco is a sensational YouTuber whose net worth is estimated to be $6million. His YouTube channel is named after him, where he likes to talk about the news and pop culture that matters to him.

Philip joined the YouTube community on 15th September 2006 and has nearly 3 million subscribers. He is currently enjoying his marital life with his longtime girlfriend Lindsay Jordan DeFranco, a travel blogger, with whom he shares two sons. He proposed her on August 16, 2013, at his show DeFranco Loves Dat AZ in Tempe, Arizona.

Earns Hefty Load Of Cash From His YouTube Channel

We all know that YouTube has changed the lives of many, it is a platform that has provided a lot of people with the opportunity of a lifetime. It’s the primary source of money for many people, and Philip is amongst those fortunate people who have made it big on this platform. He is not only a YouTuber but also the CEO of The Rogue Rocket and Bastard Hair Care.

According to the SocialBlade, Philip earns a whopping estimated amount of $1.4K to $22.9K a month and an estimated amount ranging from $17.1K to $274.2K annually from his YouTube channel. So, it would be fair to say that he lives a comfortable life with his wife and two kids.

As mentioned above, Philip DeFranco’s net worth is estimated to be $6 million. His YouTube channel has helped him earn such massive earnings, but being the CEO of The Rogue Rocket and Bastard Hair Care has only added to his fortune. His Rouge Rocket is a website and a YouTube channel that talks about news and articles related to the ongoing events. Philip’s Rouge Rocket is quite popular, and he earns a fair amount of money from that too.

Aforementioned, Philip DeFranco is the CEO of Bastard Hair Care. It is a men’s grooming brand that sells beard oil, hair wax, and lip balm. At the time of the launch, Philip thought that his men grooming product would sell out within a week, but it happened to run out of stock within the hour of launch. We can clearly see his popularity amongst his fans, which helped him generate such wealth for himself.

Apart from that, Philip’s Bastard Hair Care also sells candles, and there are many flavors to choose from. Altogether there are five flavors, Carolina Pine, Bourbon & Oak, Wildwood, Sierra Creek, and Pacific Grove. Bastard’s beard oil pack costs $22, natural pomade costs $24, and the candle costs about $42 a box. For more information regarding his products, visit the official website of Bastard Hair Care.

Earnings From Merch and Tv Shows

Well, Philip DeFranco’s other source of income is his merchandise. He collaborated with INK to create his own line of T-shirts, Socks, Boxers, Pants, and many more. He has not only earned from his merchandise but also from appearing in Tv shows, series, and events. Philip has so far appeared in over five Tv series and seeing his popularity amongst his fans, we are sure he charges a fair amount of money whenever he visits a show or an event.

Furthermore, Philip also generates money with the help of Patreon. It is a membership platform that provides business tools for creators to run a subscription content service. Philip has three types of membership, and they are, DeFranco Elite, DeFranco Elite+, and Elite BAMFS, which stands at $5, $10, and $35, respectively.

Philip DeFranco and his beloved beau tied their knot back on March 7, 2015. The lovely YouTube couple share two children together, Philip James “Trey” DeFranco III and Carter William DeFranco. Philip sometimes uploads videos and pictures regarding his family on his YouTube channel. “I Tried Interviewing My 5-Year-Old” video that Philip uploaded got over 480K views. So, we can say his fans are really interested in his personal life.

Furthermore, Philip DeFranco’s wife, Lindsay Jordan Doty is a famous travel blogger on YouTube with over 300K subscribers. She has contributed a lot in making her husband Philip DeFranco’s net worth a whole lot more then what it was before. With such a tremendous amount of money, Philip and his wife Lindsay are living a comfortable life with their two kids.