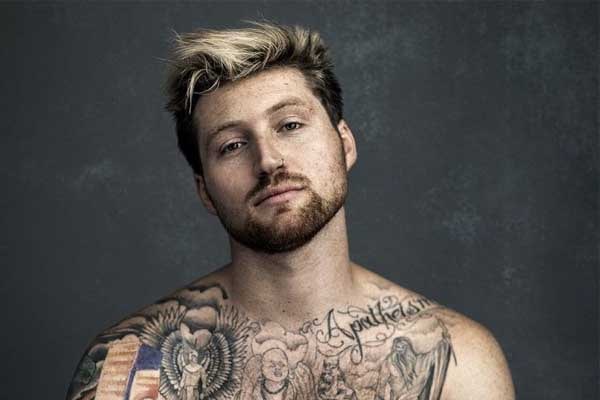 Born on April 1, 1992, Scotty Sire is a well-known American internet personality. He is a recording artist and a digital creator who joined the YouTube community on April 16, 2013. His channel’s primary focus is comedic videos and blogging, but Scotty occasionally uploads music videos too.

Scotty first gained fame after uploading a six-second video on the video making app Vine. Whereas now, with over 2.9 million people subscribed to his YouTube channel, he has become quite famous. With all that fame comes money, and talking about Scotty Sire, he has multiple sources of earnings. So, today we will learn more about Scotty Sire’s net worth and his various sources of revenues.

We all know how YouTube has changed the lives of many people, it has provided a common platform where everyone and anyone can upload videos and earn some cash through that. Similarly, Scotty Sire is also amongst those famous people who have made it big on this platform. According to SocialBlade, Scotty makes an estimated monthly earning ranging from $1.4K to $22.7K and an estimated yearly earning ranging from $17.1K to $272.9K from his YouTube channel. Seeing those numbers, we can simply assume Scotty Sire’s net worth to be of thousands of dollars or even a million.

Apart from his comedic vines and blogs, he also makes a hefty load of cash from his music and songs. Besides being a good comedian, he is also an excellent recording artist. So, let’s learn more about his music career and how much he earns from that.

Income From His Musical Career

Scotty Sire’s debut album was Ruin Your Party, which was released in October of 2018. His first video peaked at no.7 on the iTunes Pop Charts and no.55 overall. Speaking of his most popular music video, it’s called Sad Song, which has been viewed by over 15 million people worldwide. If we convert those numbers into money, then he has earned about $75K from that video only. Well,  Furthermore, Scotty’s What’s Going On and Ruin Your Party album can be purchased in $11.49 at Amazon.

Furthermore, Scotty Sire’s debut live performance was at KIIS-FM’s Wango Tango music festival from which he must have got a fair share of cash. He and his fellow mates have already done a bunch of shows and tours, whereas their next tour is scheduled in 2020 & 2021. Scotty surely has amassed a considerable amount of money from those concerts and tours as well.

Earnings From His Merchandise

Every popular YouTuber has their own line of merchandise, and so does Scotty. He has his own line of clothing available for his fans on his personal website. He has a variety of hoodies and T-shirts ranging from $20 to $60. Not only that, Scotty has his own line of Phone Case, Stickers, Wall Art, Home Decor, and Stationery available on the official website of  Redbubble.

please pardon my ugly ass merch model (my brother) but we just released a new limited collection of don’t be sad merch! beanies and the supreme embroidered don’t be sad hoodie! https://t.co/huCh6fIYGh pic.twitter.com/ZqOtItuYLs

Scotty Sire is also a member of the vlog squad, which comprises of hilarious former Viners like Toddy Smith, Corina Kopf, Alex Ernst, Gabbie Hanna, Liza Koshy, Zane Hijazi, and many more. Getting back to Scotty’s merchandise, the price of his clothing merch is enlisted below.

Hence we can conclude that Scotty earns a hefty load of cash by selling merch. With all that money flowing to his bank account, we can surely say he lives rather comfortably. Plus Julien’s fan knows how much he likes getting tattooed on his body, he has a lot going on. Some of his tattoos are extremely expensive which indicates he is a really wealthy person.

Apart from that, Scotty Sire signed an exclusive deal with Viral Nation in 2014. Viral Nation is an award-winning marketing agency that allocates different types of sponsorship to social media personalities. After signing the contract with the company, Scotty Sire got a lot of sponsorships and with that a handsome amount of cash, which surely has added to his fortune.

Hence Scotty Sire’s net worth comprises all of his earnings from his Youtube channel, merchandise, musical career, and sponsorships. And the way Scotty is progressing, his net fortune will surely be taking a hike in the upcoming days.