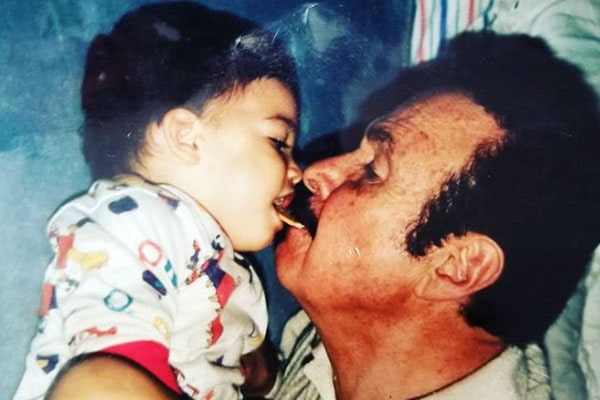 Jose Antonio Aguilar Jimenez, known by the stage name Pepe Aguilar, is a famous Mexican-American singer-songwriter and occasional actor. Despite being the son of the Mexican music icons Antonio Aguilar and Flor Silvestre, he succeeded in gaining fame in the music industry on his own. Having sold over 15 million copies of his albums worldwide, Aguilar is the winner of five Latin Grammys, four American Grammys, and nineteen Lo Nuestro Awards. Also, he received the 2,474th star next to his father on the Hollywood Walk of Fame in 2012.

The independent businessman and music artist Pepe Aguilar is a father to three kids with his current wife, Aneliz Aguilar Alvarez, and one with his ex-wife, Carmen Trevino.

Born To Pepe Aguilar With His First Wife

Emiliano Aguilar is the eldest child of the singer of ranchera music, Pepe Aguilar, with his first wife, Carmen Trevino. The former pair, Pepe and Carmen, welcomed their child, Emiliano, in 1993, two years after they tied their marital knot. After their divorce, they shared the custody of their son.

As hinted above, Emiliano Aguilar has three younger half-siblings from his father, Pepe Aguilar’s second marriage. He got the privilege to become a big brother after the birth of his first half-sister, Aneliz Aguilar, on 7 April 1998. Similarly, his half-brother, Leonardo Aguilar, arrived on 15 August 1999. His youngest half-sister, Angela Aguilar, made the family complete on 8 October 2003.

Despite being born to a different mother, Emiliano shares a great bonding with his half-siblings. They often appear together with their father, Pepe Aguilar, on several occasions and seem to adore each other’s company a lot.

Two Of His Half-Siblings Are Also In Music Industry

Emiliano Aguilar’s half-sister, Angela, and his half-brother, Leonardo, are following their dad’s footsteps in the Mexican music industry. They began performing alongside their father on several musical tours since their early childhood days. Today, both of them are solo performers and have established themselves as prominent Mexican singers. Emiliano’s brother, Leonardo, has even been nominated for Latin Grammy Awards twice.

Like his siblings, Emiliano also might have accompanied his father on several musical tours around the nation. However, to date, there are no records of him performing on stage with his dad. But, we hope soon, we will get to see his musical skills, which he might have inherited from his paternal grandparents and dad. Or, maybe he will rise to stardom with his own skills in the upcoming days. For now, let’s have some patience and wait for him to shine out in his chosen field.

Charged For Smuggling Immigrants In 2017

Pepe Aguilar’s son, Emiliano Aguilar, was convicted to three years of probation in September 2017 in charge of trying to smuggle immigrants. In March 2017, the U.S. Customs and Border Protection officers arrested Emiliano at the San Ysidro border. He was crossing in South San Diego with four undocumented Chinese nationals.

According to court documents, the Chinese immigrants promised to pay Emiliano between $3K to $60K if they successfully entered the United States. However, police officers caught him during a routine primary inspection in a border checkpoint in his Chrysler 200, accompanied by a lady in the passenger seat. The border agents arrested Emiliano and his companion while they removed the Chinese nationals from the car trunk.

Some days after Emiliano’s arrest, he was released on a bond of $15K with some conditions, including that he had to report to supervision to co-investigating services. Additional conditions were that Emiliano must undergo psychological counseling for six months and must live with his mom. Moreover, he had to surrender his passport so that he could not apply for further travel documents.

Emiliano Aguilar is free now and together with his family in the United States. However, he still maintains distance from the spotlight. As a result, there is still much more to know about his professional and love life.

The eldest son of Pepe Aguilar, Emiliano Aguilar, seems to be obsessed with getting tattoos. There are varieties of designs inked on his body and his face. Some of his tattoos on his hand include a scorpion, bones, and a gun. Also, he has the word ‘Numb’ inscribed on the back of his hands.

Furthermore, Emiliano seems to be fond of dogs as there is a tattoo of a dog’s paw on the back of his hand. Similarly, he has a lot of tattoos on other parts of his body, including numbers, alphabets, and many more.

Currently, Emiliano Aguilar is living a blissful life away from the spotlight. It seems like he prefers to live a normal life far from unnecessary media attention caused by his dad’s fame and his brush with the authorities. So, despite being available on Instagram and having 19.2K followers, he has not shared many posts lately.

The male given name Emiliano came from the Roman family name Aemilius which means eager or trying to equal or excel.