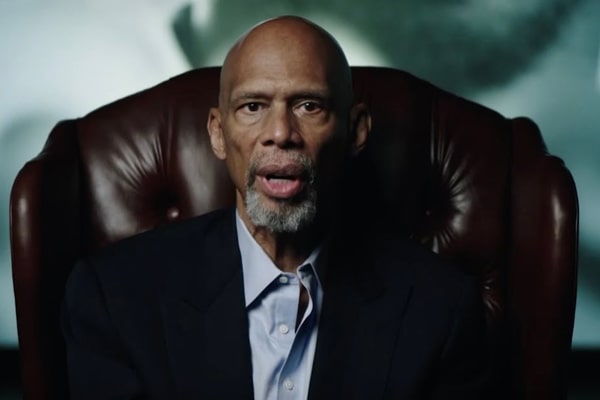 Kareem Abdul-Jabbar is considered the greatest of all in NBA history. The basketball legend played twenty seasons in NBA for the Milwaukee Bucks and the LA Lakers. Furthermore, he retired as the all-time leader in points scored, goals made, and career wins.

Considered the greatest behind Michael Jordan, Kareem enjoyed a hugely successful career, and his personal life was equally colorful. The world knows Jabbar converted into Islam amidst the height of his career and met someone alike. The extraordinary woman who had similar beliefs as Jabbar and had a son with is Cheryl Pistono. Today, we will be tailing Pistono’s story here.

The beautiful blonde, Cheryl Pistono, was born to John J.Pistono, a US Marine Corp Veteran and his wife, Sylvia Waclaw, in 1956. Cheryl is beautiful and smart, something the basketball legend would agree on without a second thought.

Cheryl was not the only child growing in the Pistono household. She had several siblings, a sister, Kay Boehm, and three brothers, John Pistono, James Pistono, and Jeffrey Pistono. Jabbar’s ex-girlfriend had a delightful childhood alongside her siblings but logically played along the games fate threw at her.

According to Vault, Cheryl Pistono left her working-class family in LaSalle at 16 and lived with relatives on the Coast. Furthermore, she attended Beverly Hills High School and got into ‘high life.’ and spent weekends in Las Vegas, etc.

However, Kareem’s baby mama, Cheryl’s Facebook, indicates that she attended LaSalle Peru High school and graduated from UCLA. Well, whatever the truth is, Cheryl is a bright woman with lots of questions and patience. Like her former partner, Cheryl was a disgruntled Catholic and settled on Buddhism.

Although she is leading a tranquil life after their parting, she moved on swiftly and married Steven Jenkins. It is not well known if she is still married to her partner or if they had any child together but let’s hope she’s healthy and happy with her life.

According to People, the ex-couple met on an LA escalator. Gradually romance took off, and she had moved in with Jabbar in 1979. Meeting Cheryl was the turning point for the six times NBA champion, Kareem.

Like mentioned before, Kareem had an excellent impression of his former sweetheart and knew she was smart in their first conversation. Both Kareem and Cheryl were similar, as they both were critical thinkers and saw life positively.

In an interview, Cheryl further revealed everyone was very excited when she took Jabbar home. She also told that her father was a great fan of Jabbar, but racism took a toll. However, her grandmother used to cut articles about Kareem on papers and needle them.

The couple had a fair share of memories, and their relationship produced a beautiful baby boy.

Had Great Impact On Her Former Boyfriend

The former pair maintained a beautiful bond despite their differences in beliefs and religion. The Hall of Famer, Kareem, agreed that Cheryl had a significant impact on his life more than anyone.

Cheryl seemed to have understood Kareem inside out and helped him filter his inconsistencies in his religious beliefs. She criticized him for choosing religious laws over conventional ones and helped him reconnect with the sense of reality.

Furthermore, according to the LA Times, Jabbar’s ex-girlfriend, Cheryl, pursued him to seek a divorce from his estranged marriage with Habiba J. Herbert. The former spouses welcomed three children, Habiba Alcindor, Sultana Abdul Jabbar, and Kareem Abdul Jabbar Jr. during their seven years of marriage.

Throughout the years, the Jabbar and Pistono had a beautiful relationship and welcomed a baby boy whom Kareem thinks as the best experience of his life.

Although the couple knew they would not get married, they loved passionately. Kareem was an ardent follower of Islam, he gradually formed and filtered his beliefs. So, yeah, maybe Jabbar’s former sweetheart had a high impact on his life.

Cheryl Pistono and Kareem Abdul-Jabbar’s relationship produced a beautiful baby boy named Amir Abdul-Jabbar in 1980. Kareem describes this day as the best thing that had ever happened to him.

Kareem Abdul-Jabbar’s son Amir, is a specialist in Orthopedic Surgery and Spine Surgery. He is continuing to live a respectful life and continues to maintain privacy like his mother.

Kareem and Cheryl separated a few years after Amir’s birth. However, Cheryl had physical custody of Amir while Kareem provided monthly child support.

While Cheryl and Kareem’s child have skirted away from the spotlight, Amir’s half-sibling, Adam Abdul-Jabbar has been in the spotlight for negative reasons. Adam was sentenced to 180 days in jail in November 2021, for stabbing his neighbor during an argument.

Adam Abdul-Jabbar pleaded guilty to one count of carrying a dagger and three counts of assault with a deadly weapon. He had accepted a plea deal and his sentencing was stayed until January 7. He can apply for home confinement instead of incarceration.

Aforementioned, the former couple knew that they would never get married, but as long as they shared the sense of responsibility towards one another, they thought it was beautiful.

Regrettably, the couple parted ways after a few years of welcoming their son. And feud emerged between Kareem Abdul-Jabbar’s ex-girlfriend and his business manager, Thomas M.Collins.

According to the LA Times, Cheryl got a letter from Collins, where he stated that he had every reason to believe that Amir was not Kareem Abdul-Jabbar’s son. They had to take court-ordered blood tests to prove otherwise.

Cheryl always asked questions about Thomas’ intentions while Kareem blindly believed him. So, she believes that Collins has every reason to come to her. The LA Times also reported that there had been an agreement to pay her $1,500 a month but claims that Collins stopped paying.

Jabbar’s partner revealed that Thomas forced her to leave the rented house and remained quiet about allegations that she had spent thousands of dollars on luxuries.

Well, the arguments settled. Thus, it is safe to presume that Kareem has a healthy relationship with Cheryl even today. Let’s hope Cheryl is living a healthy life also if she’s staying away from the media scrutiny.