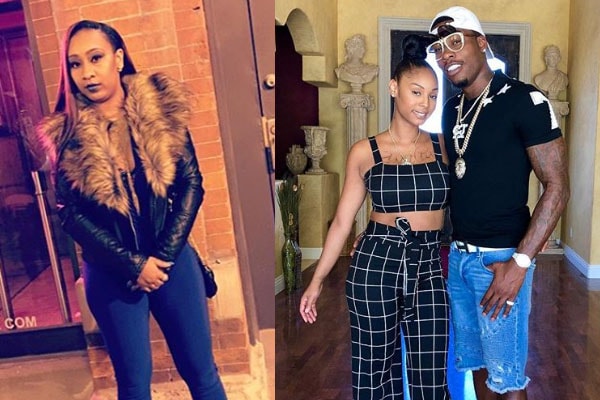 The YouTuber, CJ So Cool’s wife, Royalty Johnson, and his baby mama, NiKee Lewis, don’t have a friendly relationship. Over the years, Royalty Johnson, who is a social media star herself, has been accused of being a gold digger by many CJ’s fans.

CJ So Cool is a YouTube star, he has an estimated net worth of $3 million. He is in a married relationship with his long-time girlfriend, Charlene “Royalty” Johnson. Together, CJ So Cool and Royalty had twin children named Cordero Jr. and Cordayah. Royalty also had four children from her previous relationship, Leonidas, Karnation, J’aaliyah.

And one is a daughter of CJ So Cool with NiKee named Camari. Now, let’s get to know CJ So Cool’s partner and baby mama’s rocky relationship.

Rocky Relationship Between CJ So Cool’s Wife And Baby Mama

Over the past few years, the relationship between Royalty and NiKee has not been that good. Some months ago, CJ So Cool’s baby mama, NiKee Lewis, went live on Facebook and blasted both CJ So Cool and his wife, Royalty. According to NiKee, she was also blocked by her baby father, Cordero James Brady, aka CJ So Cool on Facebook.

Not only that but also, the two ladies went live on Instagram to insult each other. They probably loathe each other and cannot stand each other too.

It seemed like Royalty’s insecurities were the main reason behind CJ putting NiKee on a blocklist. NiKee found out that she was on the blocklist when her daughter, Camari, had gone to stay with her father for the summer and couldn’t call her.

Before that, there was nothing wrong between CJ So Cool and his ex NiKee. In the video, NiKee accuses CJ So Cool of being a liar too.

Furthermore, CJ So Cool’s estranged partner, NiKee, revealed that she took care of their daughter Camari till she was five. Till that time, CJ was not even paying her the child support money.

The married couple, CJ and Royalty are so much happy with their married life. Going through CJ’s Instagram profile, he frequently posts his photos with his gorgeous wife and his children.

But the YouTuber seems to be far away from his baby mama. Despite that fact, NiKee always lets CJ see his daughter Camari as she knows they share a good relationship. Let’s hope that whatever is between NiKee Lewis and Royalty Johnson, that thing will clear out soon.

When CJ So Cool was arrested, he asked his daughter, Camari, to lie, stating she hates her mother NiKee so that CJ’s wife, Royalty, could take her from the ‘Child Protective Services.’

And that part also made NiKee furious. As far it goes, NiKee called CJ a neglectful father. Many fans believed that his partner. Royalty was the main reason behind that.

Plus, in the past, some texts of CJ revealed that he was cheating on his beau, Royalty. But looking at them everything seems to be excellent at the moment.